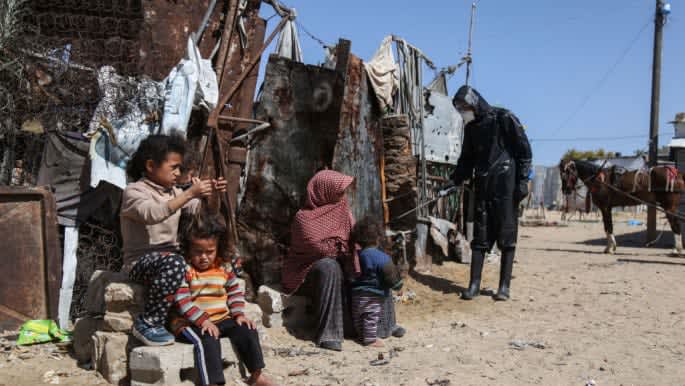 Germany will give 25 million euros (US$28 million) in aid for Palestinian refugees living in the besieged Gaza Strip and crisis-stricken Lebanon. The money comes via the KfW Development Bank after deals reached with the UN Relief and Works Agency (UNRWA), the United Nations agency which assists Palestinian refugees. The German assistance includes 10 million euros (US$11.2 million) to further the rebuilding of Lebanon’s Nahr El-Bared refugee camp, which was devastated in 2007 after fighting between Lebanon’s security forces and a Palestinian Islamist group, UNRWA announced. Nearly 21,000 refuge…

December 13, 2017 web desk Comments Off on The First Atmospheric Water Generation Company to become Partner of the UN Science-Policy-Business Forum on the Environment

The United States: We must return quickly to the Vienna nuclear talks with Iran